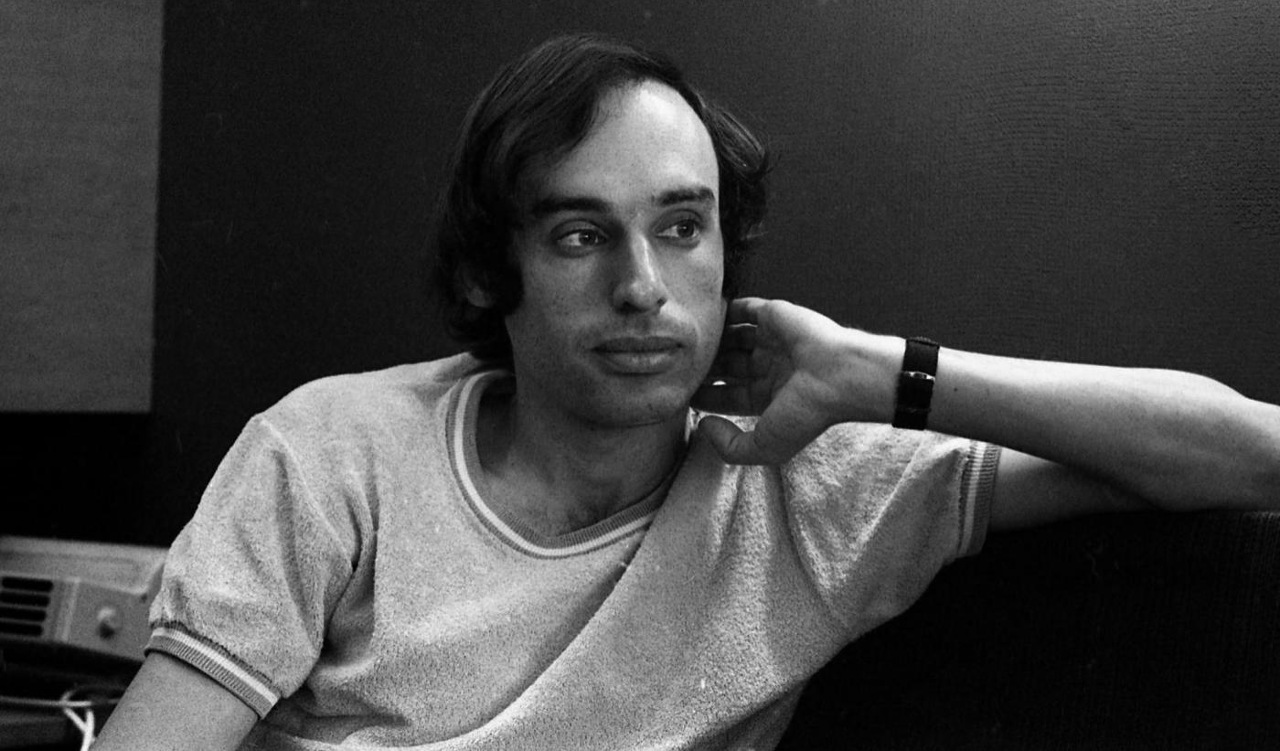 Hanoch Levin: His Life and Work

There is little doubt that Hanoch Levin was Israel’s greatest playwright, and he remains, to this day, one of Hebrew culture’s most important and diverse artists. His oeuvre encompasses some twenty published volumes, and includes a strikingly wide-ranging variety of genres: comedies and tragedies, satirical cabarets, short stories and other prose, songs, poetry, humorous sketches, radio plays and screenplays. Throughout this comprehensive body of work, Levin created a world full of unmistakable characteristics and formulated a language that is unparalleled in Modern Hebrew.

Levin was born in Tel Aviv, in 1943, the second son to parents who fled Poland in the 1930s. The impoverished family lived in a small apartment in the south of the city. His father, a religious Jew, owned a grocery store and struggled to provide for the family. When he died suddenly, Hanoch, who was only thirteen, went to work to help support the family, and continued his studies at evening school. He abandoned the religious lifestyle completely at a young age, and after his compulsory military service he went to Tel Aviv University. In 1965, he began publishing poetry in literary journals, and wrote satirical features for the student newspaper. This was the beginning of a prolific writing career that would continue right up to his death.

The Six-Day War, in June of 1967, which marked a turning point in the evolution of the State of Israel, was to be a landmark event in Levin’s own life. Shortly after the war, at the age of 24, he wrote the political cabaret You and Me and the Next War, which sharply scorned Israel’s euphoric reaction to its victory in the war, and shattered the ethos of heroism and patriotic sacrifice. Levin was one of the first Israeli voices to criticize Israel’s occupation of the Palestinian territories and its dire consequences for both sides. As a result of the cabaret, as well two others that followed, Levin began to gain a reputation as a talented but controversial artist.

Alongside the cabarets he also wrote plays, mostly comedies at first, although their humor was invariable tinged with biting criticism of Israeli society. In the early 1970s, Levin also began directing his plays, almost all of which were hugely successful and garnered critical acclaim. It was during these years that he developed his distinct theatrical language, as both playwright and director, and the name Levin began to be associated with unique, high-quality theater.

In 1979, 1981 and 1982, respectively, Levin staged the plays Execution, The Torments of Job and The Great Whore of Babylon, which portrayed ruthless, cruel and often bloody scenes, although even these were not devoid of a macabre humor. While audience members were frequently shocked, Levin’s unique blend of horror, humor and pathos positioned him in Israeli consciousness as a one-of-a-kind dramatist. These were the first of Levin’s great plays—tragedies, human dramas, mythologies—that engaged with universal themes far beyond the scope of Israeli or Jewish reality. He went on to write and direct incessantly, working on both dramas and comedies—and a constant mingling of dramatic genres—and his status as a leading playwright in Israel (and director of his own plays) became firmly established. In the last few years of his life, in particular after his productions of The Child Dreams, Walkers in the Dark, and Requiem, there was no longer any question that this was an extraordinary phenomenon in the Israeli cultural landscape.

In 1997, when Levin was diagnosed with cancer, an initiative to publish his complete works was launched, and almost thirty previously unknown plays were discovered in his files. He continued writing right up to his final days, and even began directing his play The Lamenters from the hospital, but he died before he could complete his work. Since his death in 1999, more and more of his plays continue to appear on Israeli stages, alongside new productions of his classics, and his work has also reached audiences worldwide. Plays by Levin have been translated into over 20 languages, there have been hundreds of productions, and every year brings new translations of his works into various languages. International audiences are becoming familiar with Hanoch Levin’s world, and he is on his way to joining the ranks of the finest international playwrights.

Hanoch Levin was married three times, and is survived by four children.