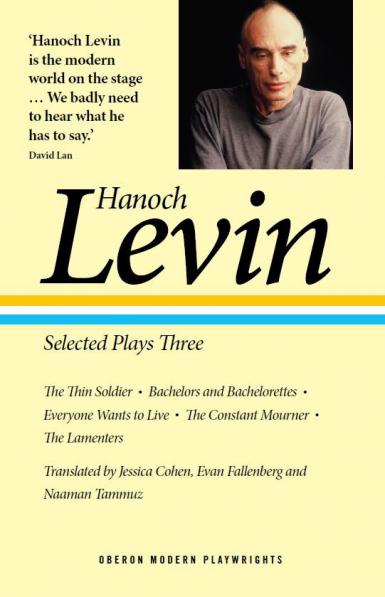 The Thin Soldier; Bachelors and Bachelorettes; Everyone Wants to Live; The Constant Mourner; The Lamenters

‘Hanoch Levin is the modern world on the stage... we badly need to hear what he has to say.’ David Lan

Hanoch Levin was one of Israel’s leading dramatists. Born in Tel Aviv in 1943, his work includes comedies, tragedies, and satirical cabarets, most of which he directed himself. He received numerous theatre awards both in Israel and abroad and his plays have been staged around the world. Levin was awarded the Bialik Prize in 1994.

Published in brand-new English translations, these selected volumes of Hanoch Levin, one of Israel's leading dramatists, aim to bring one of the most important playwrights of the Middle East to English speaking audiences.

Plays Three contains the plays The Thin Soldier, Bachelors and Bachelorettes (2002), Everyone Wants to Live, The Constant Mourner (2019) and The Lamenters (2000).