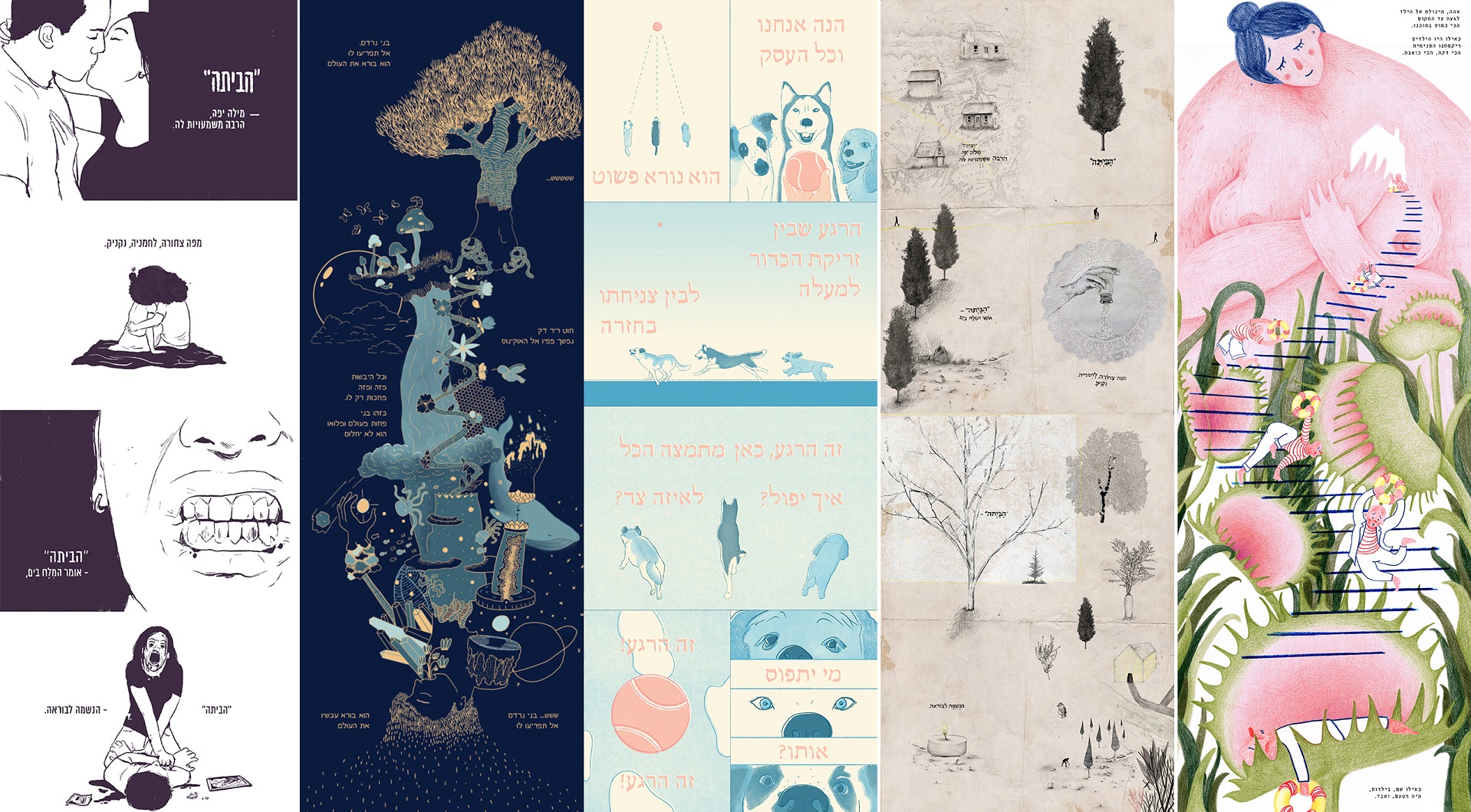 The special projects were created by students from the Bezalel Academy of Arts and Design, as part of a collaboration with the Hanoch Levin Estate.

Inspired by the plays “The Child Dreams” and “The Constant Mourner,” students in the Illustration track in the Department of Visual Communication created interpretative illustrations on the theme of “boys and girls.”  The project was part of a course given by Professor Merav Salomon, called, “Illustration as an Interpretative Tool.” The students’ work was shown at a gala exhibition at Mishkenot Sha’ananim in 2019, entitled “Illustrators Observe a Dreaming Child,” as part of the events held in honor of the 20th anniversary of Hanoch Levin’s death.

Likewise, students from the Screen-Based Arts Department at Bezalel created interpretative film clips based on quotations from Levin's work as part of their animation coursework. Course instructor Sharon Gazit said of the students’ work, “It’s surprising, or maybe not so surprising, how quotations from Levin’s work can inspire such a wide range of freedom of animative expression.

These projects, which were created in the framework of the 2nd year animation course at Bezalel, convey an intensification of the relationship between the image and the spoken word. The students were given a number of Levin quotations and asked to use them as inspiration for a film project. The fact that the selection of quotations was intentionally limited made it particularly interesting to see the creative richness, the variety of directions, and the personal interpretations given to the projects.

For example, one student, Omer Alon, created a virtual homage to the debut production of Levin’s “Queen of the Bathtub” for his final project. “Even fifty years after the opening, (and subsequent closing) of the play at the Cameri Theatre, the texts and the satirical themes are still relevant,” Omer explains. With this project, I wanted to explore the space between the written text and the theatrical production, as well as introducing it into an interactive world.

The student projects can be viewed on the Quoting Levin page of this website.