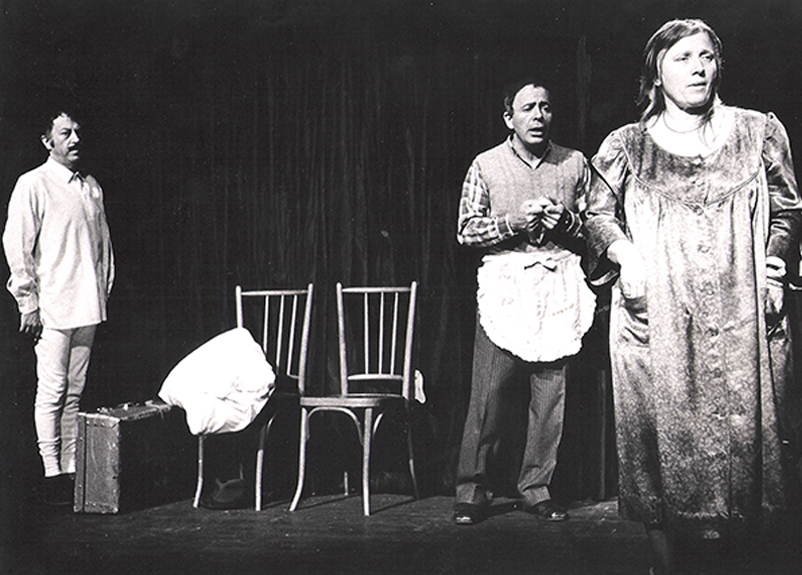 The new translation of Levin’s comedy is available to read on the website.

Translator Naaman Tammuz has translated the play, "Yaacobi and Leidental [Temporary title]" by Hanoch Levin, into English, as part of a new project commissioned by the estate of Hanoch Levin.

The play was first staged in 1972 as a co-production of the Tzavta Theatre and The Cameri Theatre, and was the first that Levin directed himself.

Pictured: from the debut production of the play | photo by Yisrael Hermati, courtesy of The Cameri Theatre Archives